Sample drawings of framing plans for cold-formed steel shed, partially automated by the scripts(*.scr) mentioned in earlier blog, then extensively modified using manual CAD editing, using AcadLT 2000, to match the custom features of the project. Project is from a few years back, and drawing title blocks have been removed so as not to identify the project, client and supplier. The drawings have additional detail on them compared to that required for development approval, so as to assist with workshop detailing. The cold-formed shed industry typically does not produce drawings beyond scribble on the back of an order form: not for development approval and not for fabrication. The industry typically has salespeople and possibly estimators sketching out what they believe is required. The whole benefit of the cold-formed steel shed industry is that need little infrastructure, and simply need to fill in some purlin detail sheets and send of to local roll former of c-sections, and have a bundle of fabricated steel delivered straight to site depending on connection details. This typically fine for the smaller sheds but for larger warehouses with office space it is inappropriate.

In the past we typically worked with the suppliers and manufacturers and couldn't get them to change, very little interest in their product. Then  one day a steel erector turned up, he was unhappy about various issues with construction, and wanted to refine the design. Also turned out that supplier/manufacturers often failed to deliver all required parts for construction, and unable to get these parts from the suppliers on basis they contended that the parts not required. We recommended that the steel erector insist on workshop drawings being produced. The shed suppliers wouldn't provide, and workshop detailers not able to fit in with the nature of the shed industry. The result was the workshop detailing returned to my office, along with designing the sheds on a project by project basis, rather than the typical industry approach of having standard calculations and relying on local council to request further information to get calculations which match the proposed shed.

As long as the shed stays as a simple plain frame, then can analyse it using Kleinlogel formula in MS Excel, and the calculations are dropped to a few minutes. The time consuming effort is producing the framing plans for development approval, and the workshop details. Connection details are basically the same from one project to the next, and standard drawings simply need project name changing, though each new project may introduced additional detailing.

Now software like Autodesk Revit structural, or Tekla Structure, and other BIM  software, may be the ideal tool for such project: however they are far to expensive to justify given the amount of work involved and the relative simplicity of the structures. Also in terms of developing tools to improve point-of-sale decision making in the industry, tools like AutoCAD are too expensive to use as a graphics engine, whilst Multiframe is too expensive to use as an analysis engine. So MS Excel/VBA is typically the product to choose with possibly some low end CAD package, alternatively use the Excel shapes layer, and draw in Excel itself.

So slowly developing in-house tools to handle custom projects, whilst also developing tools which ultimately can be used by sales people at the point-of-sale. The objective is to reduce the problems caused, by bad design decisions at the point-of-sale. In particular the buildings that the industry can supply simply do not meet the needs of the buyers. But this is not identified until council rejects the suppliers development proposal, and requests further information, then everyone turns to consulting engineers to get calcs-for-council, as if that was all that was needed.

So the objective is to develop low cost automation tools based on simple parameters, which flags the need for custom engineering at the point-of-sale. Currently these buildings basically  sold like cars, except can ask for three of the wheels to be removed to cut costs and the sales person will say yes we can do that.

The real issue is developing a simply interface, at no point do want the sales-people operating a CAD package, but need to know the custom requirements for doors along the length of the building, and also know the different gable-end framing requirements. Also need to expand beyond the simple gable, to allow for double span, and the American barn type structure (gable, with lean-to each side).

So currently have a collection of different tools written in Excel/VBA, also some of which I originally wrote in Turbo C and others in Delphi. A part of development problem is deciding on application language, a great deal has now been written in Excel/VBA, but MS Access maybe better, and VB.net better again with respect to data storage and suitable user interface. In particular I can program a treeview in VB.net for my bill of materials (BOM) but not in VBA. On the otherhand I don't really like Basic programming language, its just that VBA is built into so many applications: and controlling anything and everything from Excel/VBA has been so convenient. For speed developing the Excel/VBA, and AutoCAD LT approach, with Microstran and Multiframe data file generation, seems to be the way to go, then slowly remove dependencies on other applications, and make stand alone. Part of which requires developing a 3D frame analysis program, already have 2D, but ultimately going to need it to be 3D.

Anycase currently finding all the bits and pieces cumbersome to use. So given that the purpose of this blog is to document the background as to how things develop, I thought I would document the current process, whilst I figure out in which direction to go and what to program next. 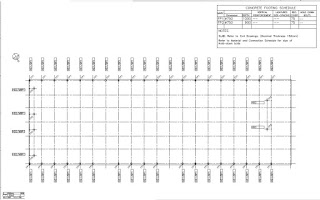 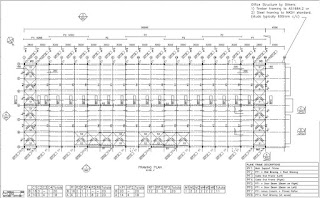 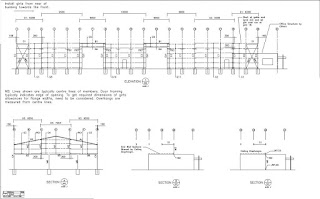 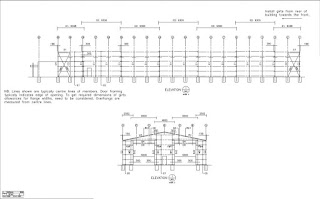 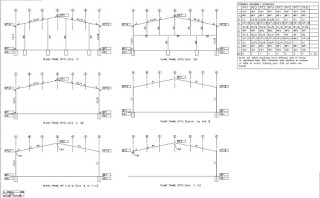 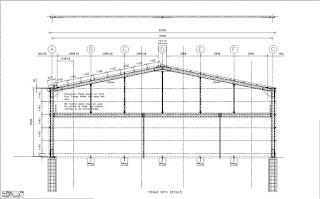 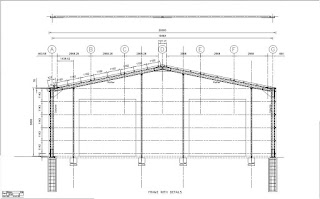