As a simple test of the comparison between speed of manual CAD drafting and scripting (*.scr), a simple test can be carried out. This test comprises of drawing a rectangle and then diagonal lines and bisectors of the sides. All entities should be ordinary lines, no polylines or rectangles, and no drawing as such and exploding to ordinary lines. Running osnaps can be switched on to save time. I typically have osnaps switched off, it interferes with running scripts, and otherwise tends to waste time in manual drafting selecting the wrong points, so I typically select snaps manually, the right one at the right time. Anycase for the test I used running osnaps, because it is a situation where it clearly provides benefit rather than an hindrance. The dimensions of the rectangle are @10000,5000.

It should be noted that the larger the screen the longer the distance to travel from one corner to the other and therefore the longer the drawing time. So larger screens not altogether a benefit. Faster times can be achieved by reducing the size of the AutoCAD window, or by zooming to a fraction of the screen (eg. zoom 0.5x). 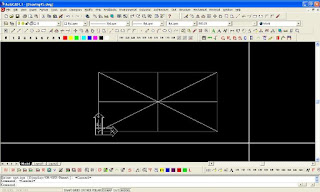 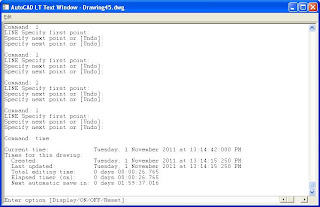 The time taken with manual drafting is approx 26 seconds. With practice it may be possible to get the time down further. Starting out today it took 55 seconds, but for some reason I was typing the command "Line" rather than using the alias "L", also wasn't using running osnaps. But since I knew last time I did the test I did it in 26 seconds, I kept trying until could capture such time from screen. Faster  computers and faster operators may be able to get lower times, but unlikely to achieve the less than 1 second that the script takes to run. 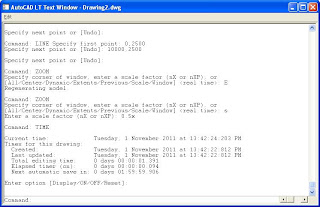 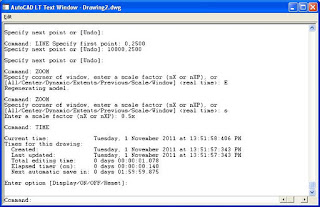 Not sure why but the script runs slower when called from a toolbar button than when script file is "drag and dropped" onto the drawing. However the button saves operator  time finding the script.


Faster computers and larger monitors save time, but only when there is a great deal of interaction between the operator and the machine. To really save time and increase productivity need to get the computer to do the work, and a slow computer may be adequate for such purpose. If it takes a person 2 minutes to enter data, and the computer 1 second to respond, it does not make any perceptible difference if get a computer twice as fast to complete its task in 0.5 seconds. Its the 2 minutes of human interaction with the machine that needs to be reduced: and that is likely to become a political issue. There has to be some acceptable need to reduce the production time before effort gets applied to do so. After all what are you going to do with the free time if just reduce production time just because you can.